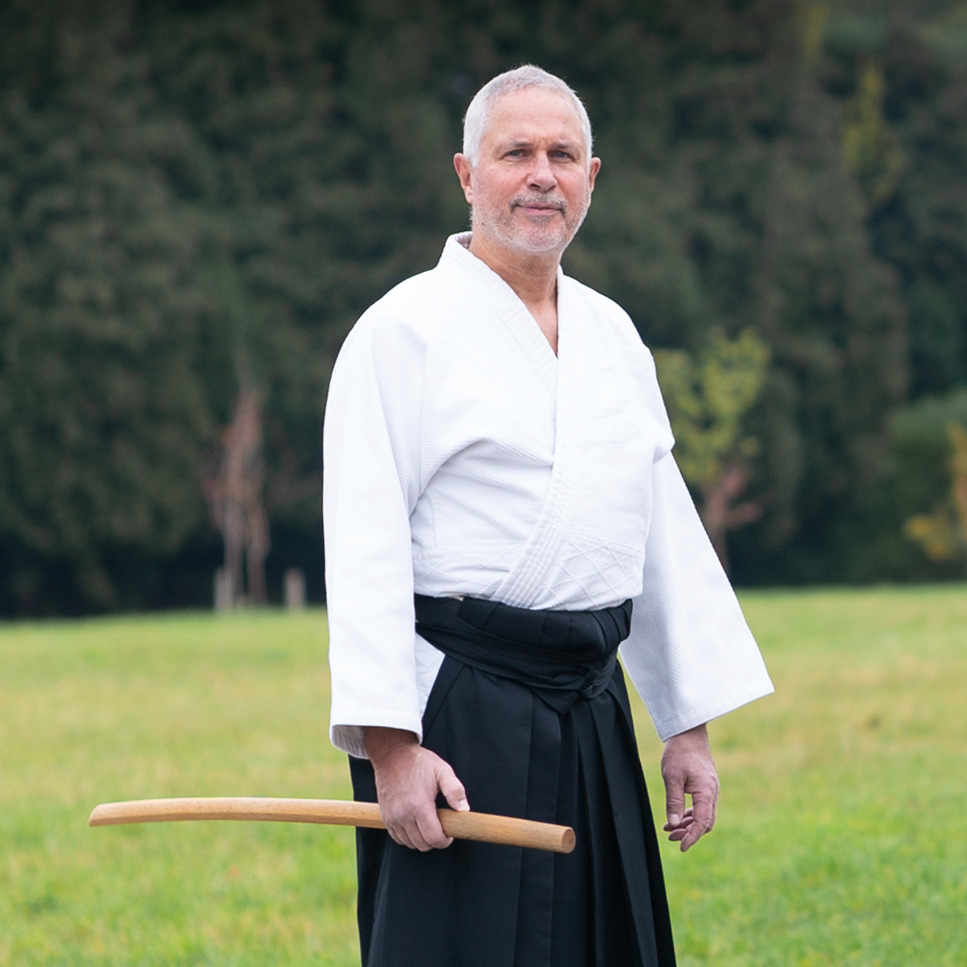 _
Robert starts with Aikido in 2006 and obtains his training in the Sugano Sensei en Tamura Sensei line of Aikido from Aziz Belhassane Sensei.

Robert obtains Shodan in 2014.
Since he has continued practising with Louis van Thiegem Sensei and Abdel Bouilfani Sensei.

He starts the Shin Shin Aikido club in 2010, first with lessons to young people and two years later opens lessons for all ages.

From the beginning Robert is invested in Aikido and attends numerous international seminars notably by Sugano Sensei and Tamura Sensei but also by Yamada Sensei and Kuribayashi Sensei. He is regularly in Japan in the Hombu Dojo in Tokyo and the Kyoto dojo.

He has attended the International Aikido Federation Congresses in Japan in 2008, 2012 and 2016 – the latter with students of the Shin Shin Aikido club.

Born in Amsterdam, Robert lives since 1990 in Brussels. He is fluent in Dutch, French, English and German and teaches in these languages to his local and international students.